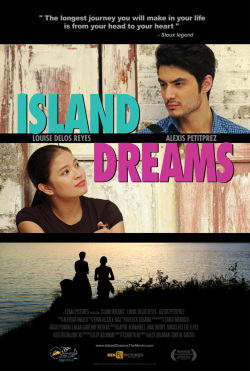 
Island Dreams is a 2013 romantic comedy starring Louise de los Reyes & Alexis Petitprez, written by Aloy Adlawan and directed by Aloy Adlawan & Gino M. Santos. The film is base on the characters created by Kenneth Au who is also the producer. The film focuses on an unaccredited tour guide and a heartbroken tourist form a romantic bond as they explore the wilds of Philippine Islands.